The Love of Money

Two millennia ago the Apostle Paul once wrote, “For the love of money is a root of all kinds of evil. Some people, eager for money, have wandered from the faith and pierced themselves with many griefs.” (1 Timothy 6:10). Many people have misunderstood his words over the centuries, some considering money itself to be evil. Money isn’t evil, it is simply a means of exchange. When understood as nothing more than a means of exchange, money is beneficial to society, for it facilitates trade and the giving of charity and other forms of support to those in need.

Trade is a blessing. Muhammad the Messenger of God, peace be upon him, and his first wife the Lady Khadijah, were merchants. Muhammad never condemned wealth itself, or the earning of wealth through honest means. In Islam wealth gained through honest means is seen as a blessing from God. But we are reminded that if we are blessed with wealth, it is also a trial from God… How will we use that wealth? Muslims are called to pay alms (zakat) for the poor and those in need of support, and to be generally charitable and compassionate, similarly Jews and Christians are called to give charity. But Islam does not condemn anyone for doing well in life.

“… observe the prayers, and pay the purifying alms, and lend God a loan of goodness. Whatever good you advance for yourselves, you will find it with God, improved and increased for you. Ask God’s forgiveness, for God is Forgiving and Merciful.”
~ Holy Quran 73:20

The problem is not money itself, the problem is when money becomes idolised. When the desire for the gaining of wealth becomes the overriding concern above all other considerations; it is this desire, this ‘love of money’ otherwise known as greed that becomes a problem, and it is undoubtedly one of the worst curses to afflict the hearts of humanity. Nothing eats away at the very foundations of human civilisation more than greed.

If we look back at the Torah, we are warned about greed in the Ten Commandments, “You shall not covet your neighbour’s house. You shall not covet your neighbour’s wife, or his male or female servant, his ox or donkey, or anything that belongs to your neighbour.” (Exodus 20:17). Twice in fact, because what is the motivation for stealing, except when the thief steals out of desperation? The thief first desires that which isn’t theirs, and it is this desire that exists before anything is stolen.

The Quran similarly highlights the danger in greed, and showing off wealth in Surah Al Qasas, “Korah (Qarun) was one of Moses’ people, but he exploited them. We allowed him to have treasures, the keys to which would burden even a band of strong men. When his people told him, ‘Don’t gloat. God does not like it when people gloat, seek the Hereafter with what God has given you, but do not neglect your share of this world. Do good as God has done to you. Do not seek to cause corruption in the land, for God does not like those who spread corruption.’” (28:76). 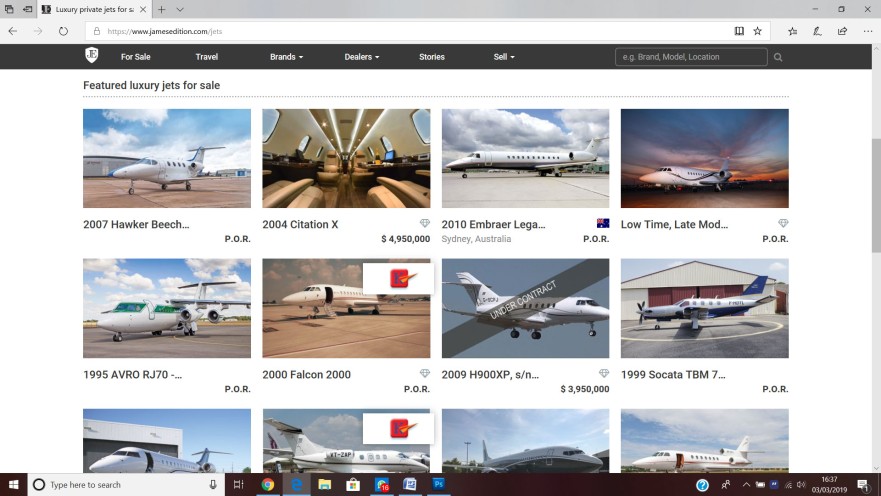 How does this square with our modern world, that increasingly confuses success with wealth? Today, those with the most wealth are seen as successful people by many in society, almost everyone wants to emulate them and their lifestyles, whether they are open about it or not. But how can the world support such extravagance? Even if we ignore for a moment the wealthiest 1%, the middle class in western countries live a lifestyle that is increasingly desired by people around the world, and understandably so… But the pressure of the current people living this lifestyle is already stretching the limits of what our Earth and her ecosystems can support.

Many people don’t connect the dots, and see the bigger picture. If you have a wardrobe full of new clothes that you keep changing every few months, have you never considered who is making those clothes, what kind of lives they live? Can they afford to have a wardrobe full of clothes, let alone nice clothes? Or where the raw materials come from that go into making those clothes? If made of natural materials like cotton, that places pressure on the natural environment through demands on ecosystems and water sources, along with the impacts of chemical pesticides and fertilizers. If made of synthetic materials, they are made from oil derivatives with all the currently well published impacts the oil and plastic industries have on our natural environments, wildlife and our oceans.

The more frequently we change our wardrobe, the more we multiply these impacts on our planet and the often poorer communities where our clothes are manufactured. In the UK, WRAP estimated 300,000 tonnes (worth £140 million) of clothing goes into landfill each year, while in the United States the Environment Protection Agency estimated that 9.5 million tonnes (10.5 million tons) were sent to landfill in 2015. Much of this clothing could have been repaired, reused, or recycled.

Food is another area of massive inequality. Wealthy and middle class people in the West and internationally seem to have forgotten where food comes from, or what is required to produce food. As a result, they no longer place the value they should on food, and waste a shocking amount. According to WRAP, 10.2 Million tonnes of food is wasted in the UK every year, 7.1 million tonnes of which is wasted by households. While the US Department of Agriculture estimates that in the United States, between 30-40% of the food supply is wasted, based on estimates from the USDA’s Economic Research Service of 31% food loss at the retail and consumer levels, that corresponded to approximately 60 million tonnes (133 billion pounds US) and $161 billion worth of food in 2010. 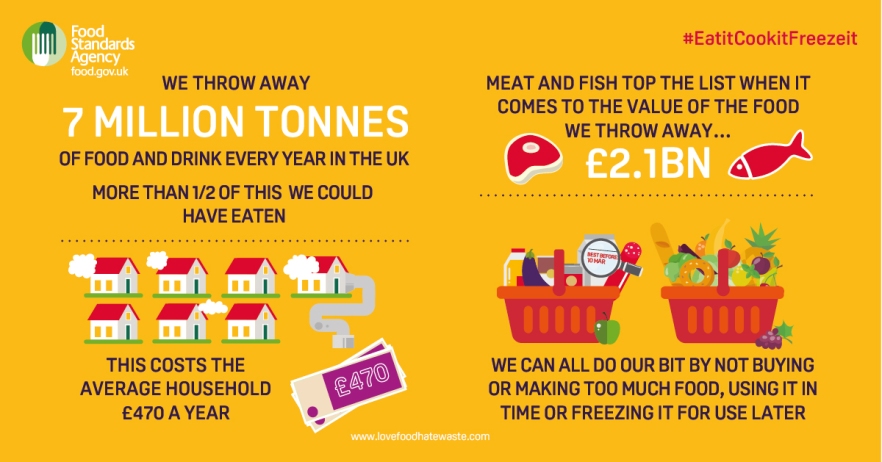 Meanwhile, there are around 800 million people starving on this planet, that is 1 in 7 people, while one third of our food supply is wasted. In addition, 1 in 6 people in developing countries are undernourished. How can we carelessly waste so much food, when 1 in 7 people are starving? How can any of us sleep comfortably at night knowing this? People call themselves Christians and Muslims while they let 1 in 7 people starve? What must Jesus or Muhammad be thinking of us, may God’s peace and blessings be upon them.

“Children of Adam, dress well for every act of worship. Eat and drink, but do not waste. He [God] does not love the wasteful.” ~ Holy Quran 7:31 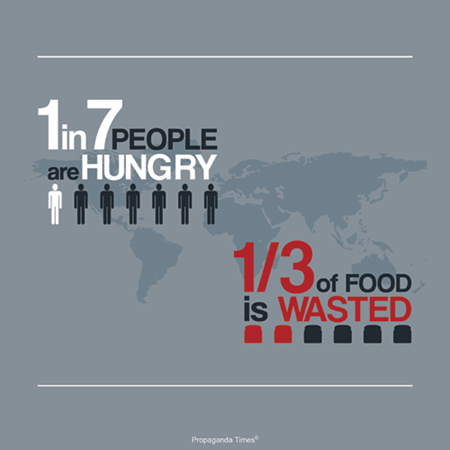 Another consequence of this disconnect in our societies between food production and food consumption, is that our food industry now works like any other industry. Everything has a price on it, the system works to drive down these prices. Land and water are now regarded as nothing more than resources, they are not treasured, appreciated and respected in the ways our ancestors treasured, appreciated, and respected them. In consequence, our Earth and water sources are not being carefully looked after and cultivated with future generations in mind. In fact, many are being abused, polluted and degraded as never before… Humans like to think of ourselves as an advanced and intelligent species, but tell me, how civilised, advanced, or intelligent is it to pollute and poison the very air we breathe, water we drink, and food we eat? Even most animals don’t do that, and those that do – not to anything like the extent we do!

“He (God) has brought gardens into existence, both the cultivated ones and those that grow wild, as well as the palm-tree, fields with diverse produce, the olives, and the pomegranate: all similar to one another and yet so different. Eat from their fruit when it becomes ripe and give what is due on harvest day. Do not be wasteful; He does not love the wasteful.”
~ Holy Quran 6:141

Nothing is more vital to human existence than food and water; without these, we will surely die. As Alanis Obomsawin, a Native American filmmaker of Abenaki descent has said, “When the last tree is cut, the last fish is caught, and the last river is polluted; when to breathe the air is sickening, you will realize, too late, that wealth is not in bank accounts and that you can’t eat money.”

Nothing is more vital to our health and survival than clean water and healthy food. Yet, in the unchecked pursuit of profit, we are polluting our water sources and poisoning the land – even the very land we use to grow our food, and the water we use to irrigate it. Partly through irresponsible industrial activities, and partly through the unchecked use of pesticides that persist in the environment, gradually building up toxicity over time.

Do those blessed with wealth and power not realise that if we continue on this trajectory, that we will all come unstuck – including them? There will come a point when all our water sources will be contaminated, when whatever food we have will be dangerous to eat, and what there is will be in short supply, as we will have polluted, poisoned, and depleted the land it grows in, and the bees will be gone that are needed to pollinate the crops? What insanity is this? We have trillions of dollars to invest in even more lethal weapons systems used to kill our brothers and sisters in our Human Family, but neglect to invest in the conservation of our natural environment that sustains all our lives? How will that help us when the ecosystems collapse that our agriculture and fisheries depend upon to survive?

Do not get me wrong, I understand the need for national defence. But what are we doing to defend ourselves from ourselves? When we have such genius that has developed accurate missile delivery systems that can target any GPS point around the world with a high degree of accuracy, anti-missile defence systems that can shoot enemy missiles out the sky, and are developing drones that mimic insects, can we not turn some of the same genius and expertise into resolving the issues that initiate tensions and conflict in the first place? Would that not seem to be a wise course of action? 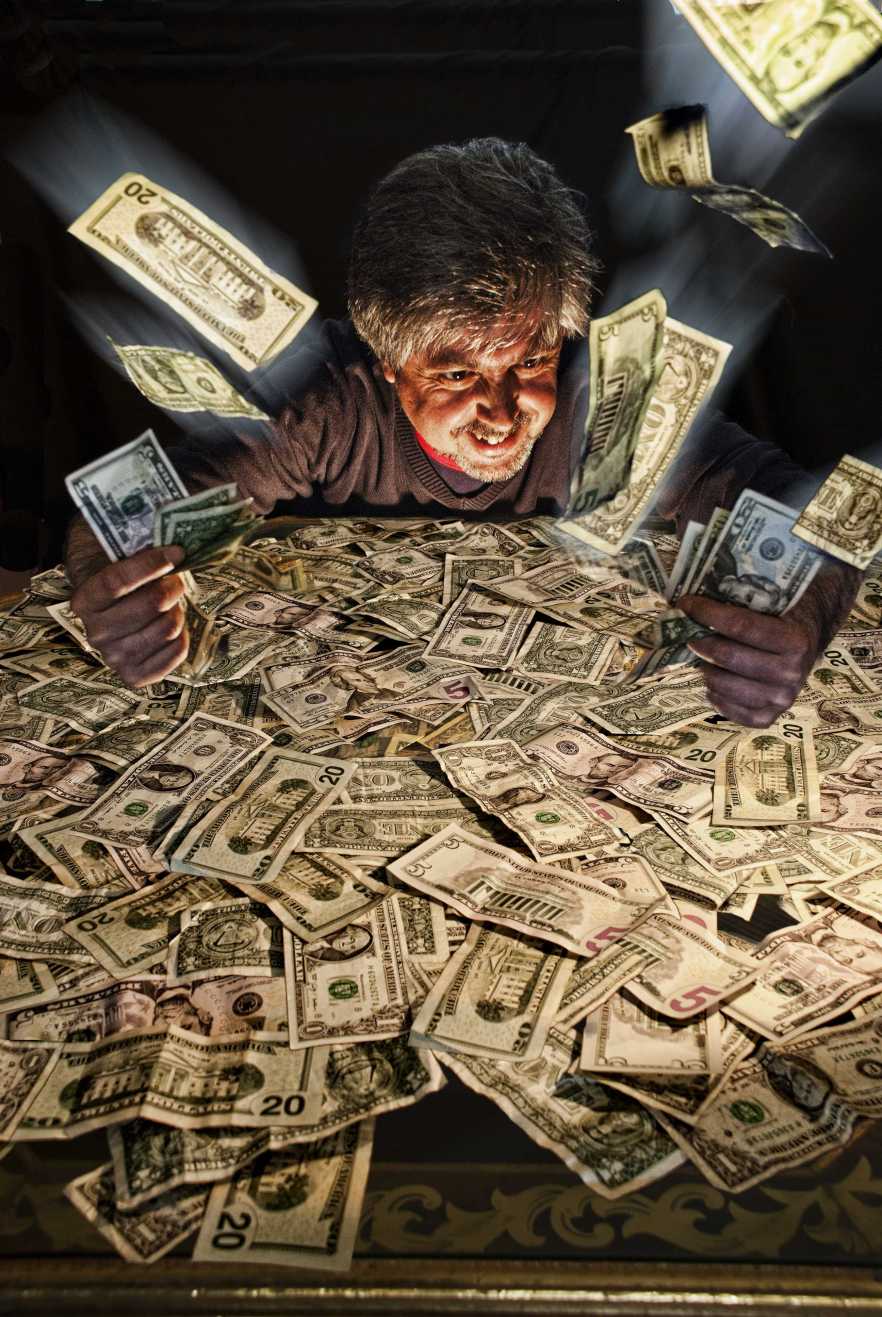 The words of Apostle Paul written two millennia ago in his first letter to Timothy captured something about the Human condition that is deeply troubling… For all of our advancements in science and technology, we still let greed dictate many of our actions, and take us away from the path we should be living, as advised by all the messengers and apostles of God. Should we not change course and implement this advice? Were we to do so, the world would be a much different place, and we wouldn’t have half the problems with which we are currently afflicted.