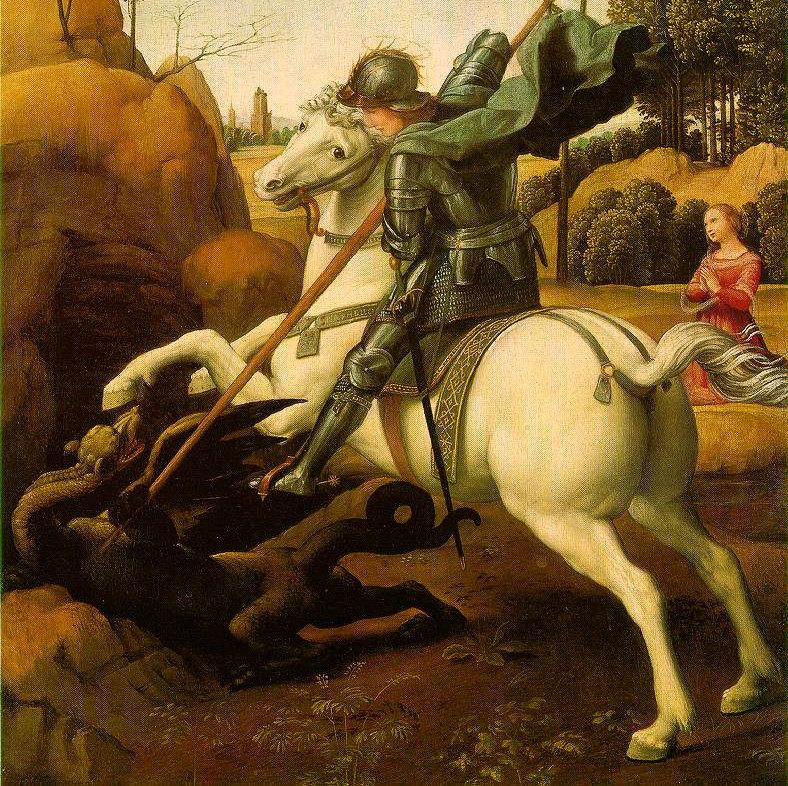 Saint George, patron Saint of England. A figure deceptively familiar to us, St George is everywhere, in children’s story books, cartoons, religious iconography, place names. George is even a popular name given to children, including Prince George, bless him, son of the Duke and Duchess of Cambridge.

One thing is for sure, there’s no greater symbol of England and Englishness than that dragon slayer, St George! Well now, hang on a minute… Let’s not get too carried away yet. Sure, it’s true, St George is the patron saint of England. But ask anyone where he was born? Where did he live? We invariably get blank looks, people googling, or asking Siri. Suddenly we realise, we don’t know as much about St George as we thought… Who was this guy, the man who became our patron saint?

Jacobus de Voragine relates in his book, The Golden Legend, that St George was a Roman soldier born in Cappadocia in Turkey, who lived during the 3rd Century CE. However, this document was written in the 13th Century CE, a millennium after St George. The oldest known records about St George are in Greek and Syriac from the 5th Century CE, these predate the Latin manuscripts of Acta Sancti Georgii drawn up by the Roman Church in the 6th Century. It is perhaps worth noting that these were turbulent centuries for Christianity…

Research by Laurence Gardner published in 2007, drew him to the conclusion that St George’s historical identity was in fact a Christian priest, George of Laodicea, who became the Bishop of Alexandria. George of Laodicea didn’t accept the then new Catholic take on Christianity. If this be true, it would explain why the Church altered his biography, to obfuscate what they considered a dangerous heresy and serious threat to their legitimacy, during that time. 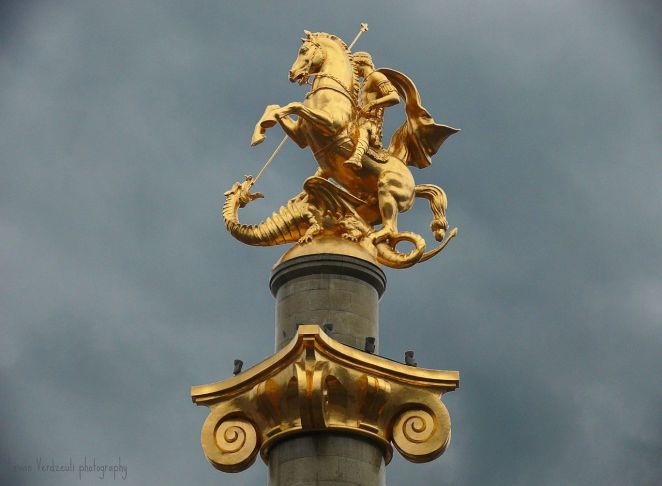 Due to his Middle Eastern origins and the fact St George was a man who stood by what he believed, he is revered and greatly respected by many Christians and Muslims living in the region to this day.

“Some Palestinian Muslims, especially those from al-Khadr, also follow the practices. ‘It’s not only the Christians that appreciate him, the Muslims also feel the power and the miracles of St George,’ says Father Ananias.

‘When the church was built [in the Byzantine period] the neighbours were Christians. I don’t know when the local people became Muslims, but under the Turkish [Ottomans] they protected the monastery and remained very close.’

An old woman wearing a traditional embroidered dress and the Islamic veil tells me: ‘We all believe in al-Khadr, even my husband. I made a vow to light a candle in al-Khadr church.’

Many Muslim scholars suggest that a servant of God mentioned in the Koran as an associate of Moses, refers to the figure of al-Khadr, who is identified with St George.”

~ Yolande Knell, Why St George is a Palestinian hero 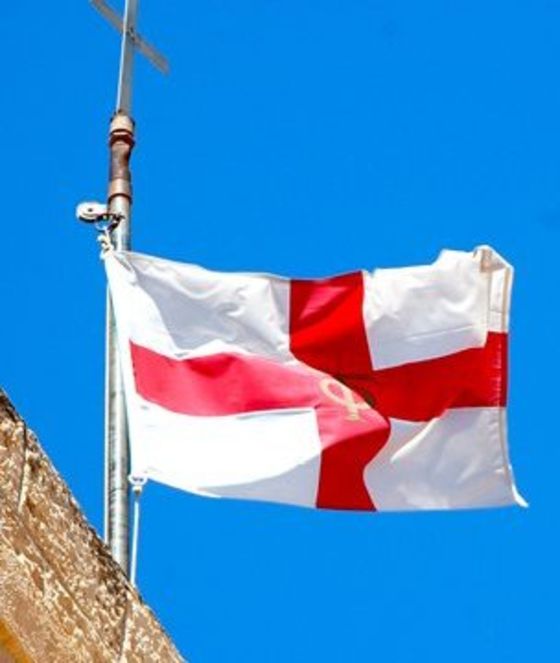 The suggested link with Al-Khidr “The Green One”, a prophet referred to in the Quran is interesting. The name George is derived from the Greek root ‘ge’ which means Earth, like the words geology and geography. Al-Khidr, the Green Man, is called this because of his link to life, Earth and nature. In Islamic traditions, the Earth comes to life with new plant growth wherever he walks… Could St George and Khidr be two versions of one myth? A reference to the same person or archetype?

In Turkey and neighbouring countries, they even celebrate a festival on 6th May, not long after our St George’s Day, called Hıdrellez in honour of Saint Khidr (Hızır in Turkish). Many Muslims in the region, including the late Mawlana Shaykh Nazim Adil al-Haqqani, regard St George and Khidr to be one and the same.

We need to take a step back, and realise the account we have of St George is mythologised. That’s not to say it’s not true… A myth is not something completely untrue, it is an account which conveys a message, a meaning in stylised form. Take Star Wars for instance, while in this case it is obviously complete fiction, it is a modern myth. There is much in Star Wars that is inspirational and resonates with people, as it contains truths about life, albeit through the artistic medium of cinema.

What then is the dragon that Saint George confronted? In European mythology, dragons symbolise the ego (nafs), that aspect of ourselves that if not properly trained, can lead us to destruction.

“The European dragon guards things in his cave, and what he guards are heaps of gold and virgins. And he can’t make use of either of them, but he just guards. There’s no vitality of experience, either of the value of the gold or of the female whom he’s guarding there. Psychologically, the dragon is one’s own binding of oneself to one’s ego, and you’re captured in your own dragon cage. And the problem of the psychiatrist is to break that dragon, open him up, so that you can have a larger field of relationships.

Jung had a patient come to him who felt alone, and she drew a picture of herself as caught in the rocks, from the waist down she was bound in rocks. And this was on a windy shore, and the wind blowing and her hair blowing, and all the gold, which is the sign of the vitality of life, was locked in the rocks. And the next picture that he had her draw had followed something he had said to her. Suddenly a lightning flash hit the rocks, and the gold came pouring out, and then she found reflected on rocks round about the gold. There was no more gold in the rocks, it was all available on the top. And in the conferences that followed, those patches of gold were identified. They were her friends. She wasn’t alone, but she had locked herself in her own little room and life, but she had friends. Do you see what I mean? This is killing the dragon. And you have fears and things, this is the dragon; that’s exactly what’s that all about. At least the European dragon; the Chinese dragon is different.”

~ Joseph Campbell, The Power of Myth 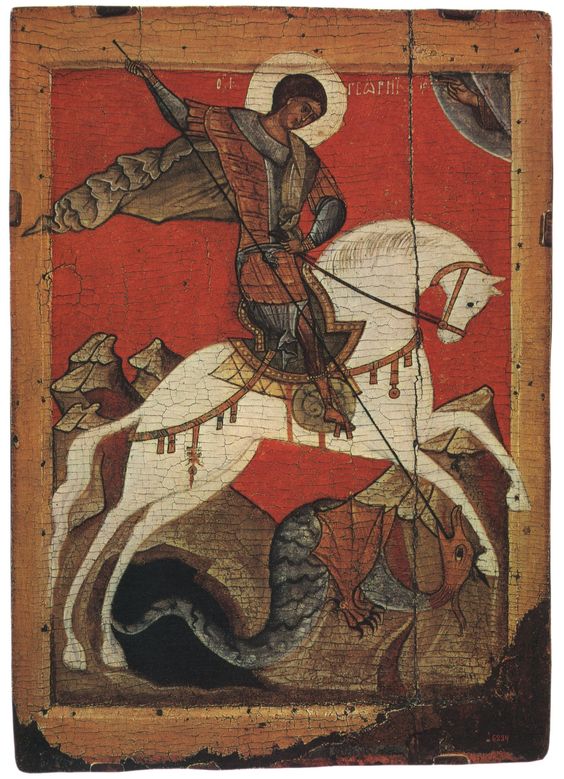 The dragon then, was his ego. St George was a man who transcended his ego and lead a life of integrity standing up for his beliefs, for justice, challenging the bigotry and hatred of his time, increasingly affecting Christianity because the Church feared losing control and set itself on a path that eventually lead to the Spanish Inquisition, the persecution of Protestant Christians, Jews, Muslims, and Pagans…

St George did what he could to stand up for his beliefs in the face of this troubling transformation of the Church he loved. Indeed, in St George is a timely lesson and reminder for us all. Who will walk in the footsteps of this great man, stand for justice, and challenge bigotry and hatred today? 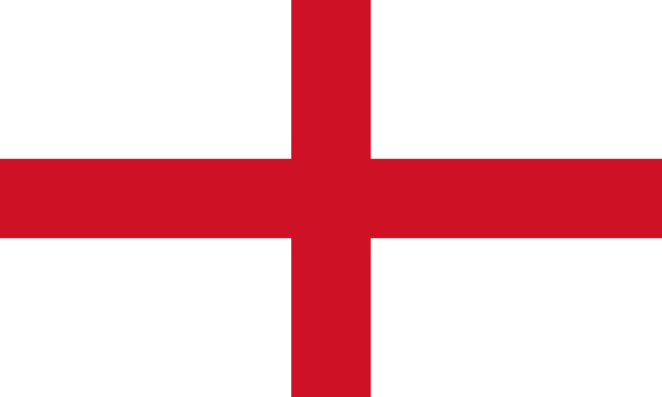 5 thoughts on “St George, Patron Saint of England and Muslims”