AOBM STATEMENT ON CONCERNS OF BRITISH MUSLIMS BEING DENIED ENTRY INTO THE US. 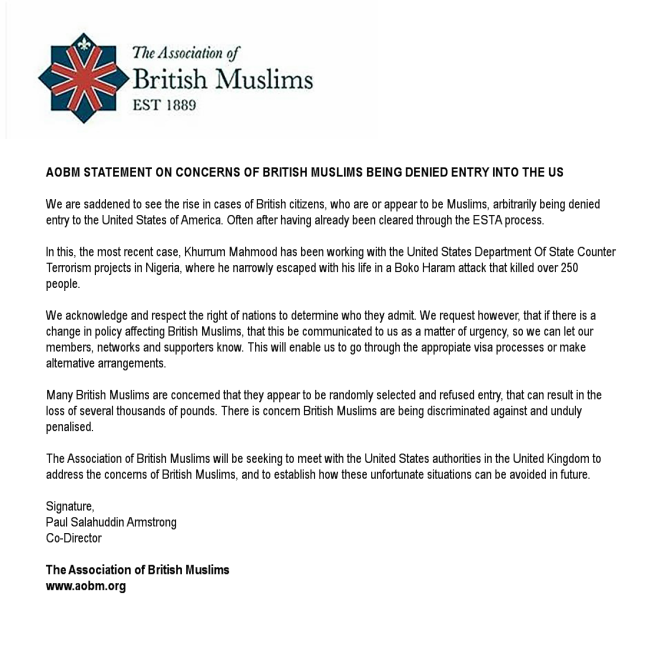 AOBM STATEMENT ON CONCERNS OF BRITISH MUSLIMS BEING DENIED ENTRY INTO THE US.

We are saddened to see the rise in cases of British citizens, who are or appear to be Muslims, arbitrarily being denied entry to the United States of America. Often after having already been cleared through the ESTA process.

In this, the most recent case, Khurrum Mahmood has been working with the United States Department Of State Counter Terrorism projects in Nigeria, where he narrowly escaped with his life in a Boko Haram attack that killed over 250 people.

We acknowledge and respect the right of nations to determine who they admit. We request however, that if there is a change in policy affecting British Muslims, that this be communicated to us as a matter of urgency, so we can let our members, networks and supporters know. This will enable us to go through the appropiate visa processes or make alternative arrangements.

Co-Director
The Association of British Muslims