An interesting chapter in the history of US-Muslim relations the, “Treaty of Peace and Friendship between the United States of America and the Bey and Subjects of Tripoli of Barbary.”

Article 11 of this treaty is particularly fascinating given the present islamophobic propaganda spewing forth from Southern Baptist extremists in the United States:

“As the government of the United States of America is not in any sense founded on the Christian Religion, as it has in itself no character of enmity against the laws, religion or tranquility of Mussulmen [Muslims]; and as the said States never have entered into any war or act of hostility against any Mahametan [Muslim] nation, it is declared by the parties that no pretext arising from religious opinions shall ever produce an interruption of the harmony existing between the two countries.” 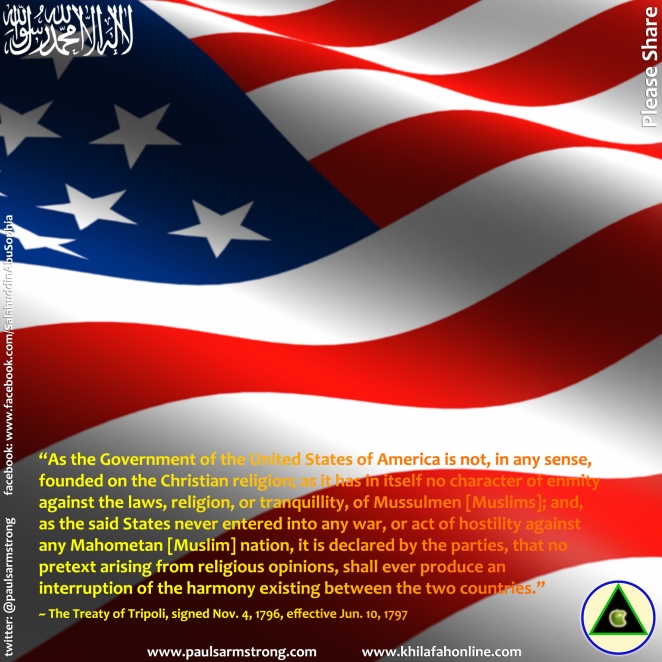